Across Morocco: Friar Robert Mokry on Mission For the World’s Christians 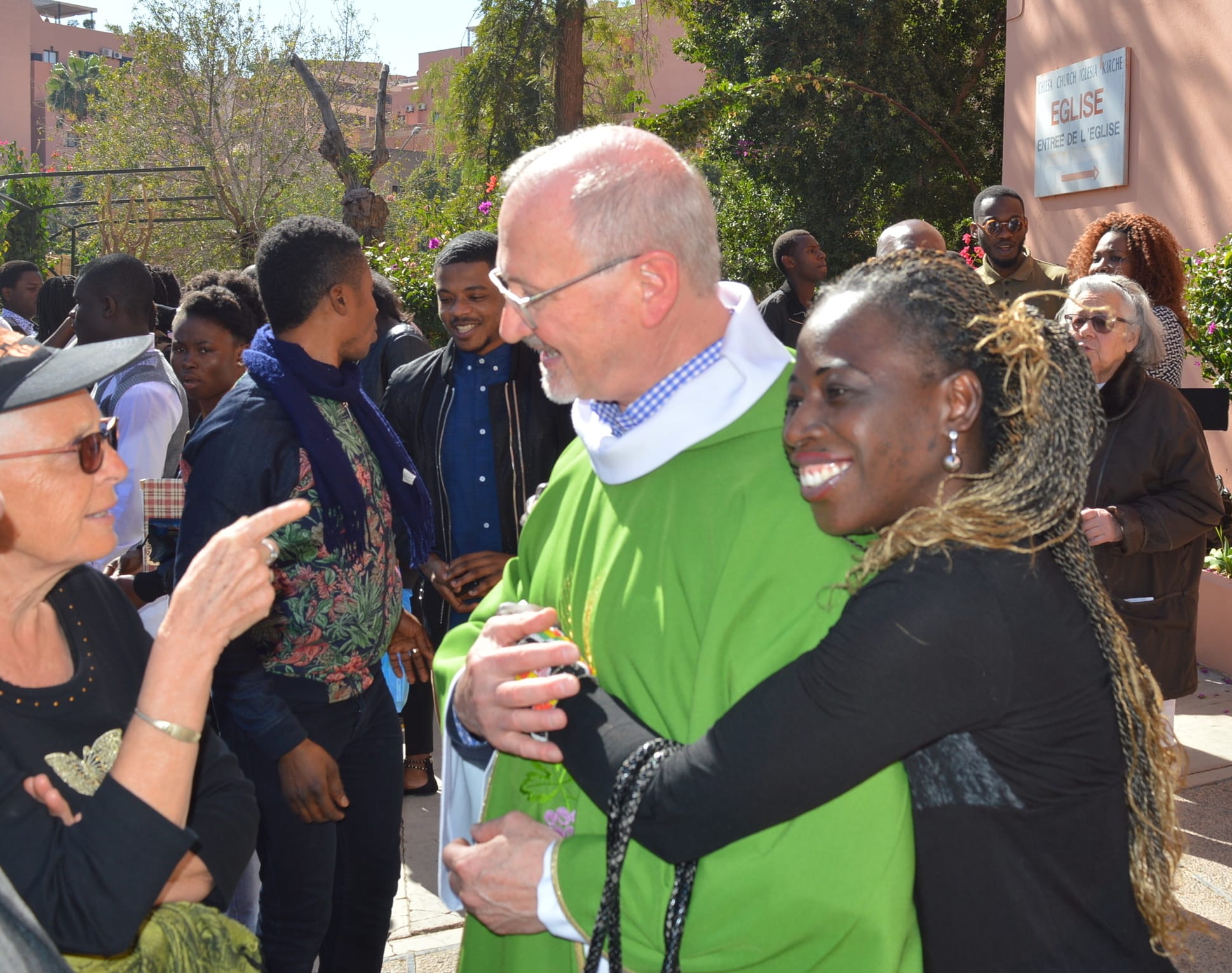 When you think about a Franciscan friar on mission, you don’t immediately picture him in a Muslim country. Yet in eight years of mission work, Friar Robert Mokry lived in three different Franciscan communities in Morocco. To his great surprise, there was a significant number of foreign Christians there. Morocco allows foreigners to practice their religion freely, as long as they don’t proselytize.

In practical terms, how does a Franciscan priest on mission in Morocco spend his days?

Turning Back to God

“While traveling through Morocco, I was struck by the people’s simple, trusting faith in a merciful God who would help them to bear their desperate poverty and provide a purpose to their life.”

This way of seeing and understanding God fascinated him. Their surrender, trust and unwavering faith in a loving God allowed him to reflect on and deepen his own faith.

After a few years of Franciscan life and after his religious order asked for friars to go on mission in Morocco, this call began to be heard and to echo in his heart and mind. To the point that during a sabbatical year, he went to live for a while with some Franciscans who were on mission in Morocco. This new experience led him to a clear discernment. It was obvious that God was calling him.

Focusing on similarities instead of differences

Canada and Morocco are worlds apart. Obviously, the differences are many and pronounced: religion, customs, language, vegetation, etc.

And yet, Friar Mokry would rather look at similarities than differences. “There is a possibility, through the dialogue of a common life, to show a common faith in God, and for Christians to make known the immensity of Christ’s saving love for all people.”

The aim of a Christian missionary in a Muslim country is definitely not to convert people. Rather, it’s about journeying with Christians who are already there while doing all they can to meet the needs of the poor.

“My ministry work was predominantly in Catholic communities, made up of French people and other Europeans and large numbers of sub-Saharan African students and many Christian and Muslim migrants. Essentially, it was not so different from our multi-ethnic North American parishes.”

Through the variety of encounters and the wide range of lived experience, you can tell that the life of a missionary is very rewarding.

“My experience of mission was gratifying for many reasons. There was the possibility to interact with men and women of other religious faiths, with friendships and rich life-shaping experiences, and with the possibility to participate in our common Franciscan life with friars from different countries and culture.”

Although it is amazing, the day-to-day missionary experience is not a life of ease: constant adaptation, isolation, looking beyond biases, acceptance of a loss of control, a flood of emotions, physical and moral exhaustion, and more. These are things a missionary must be prepared to overcome or manage. Still, these obstacles and a mixture of all these experiences are what connected him the most with his faith and his community.

“It was the entirety of those experiences, especially among my Muslim brothers and sisters, that brought me to see God’s love and action in ways I had not previously considered, and to pray differently, and to rediscover the joy of my Franciscan commitment.”

Depending on the community, the needs of Catholics vary greatly. Franciscans on mission in Morocco adapt to their brothers and sisters. When Friar Robert was working in Morocco, his work took him to three Franciscan communities in three very different cities: Meknes, Rabat and Marrakesh.

In Meknes, the friars worked with Moroccans of all ages. “We Franciscans lived in the old medina and operated, with many Moroccan volunteers, a sort of drop-in school, offering instruction in European languages and computer technology.” The brothers also travelled to small Christian communities in the region, especially in more rural areas where the Petites soeurs de Charles de Foucauld maintained a presence of the Church and served the local people.

“In the larger and more cosmopolitan city of Rabat, our Franciscan church served the English and Spanish Sunday communities, and we also welcomed people to our daily French-language celebrations in the chapel. The ministry was more urban oriented, although we also ministered to the poor migrants by trying to help them in their oppressive situations.”

In Marrakesh, a major tourist destination, the situation and the work were very different. A large church was home to a permanent congregation of Europeans. Talented African students led the music at the Sunday liturgies, which attracted many tourists.

“We regularly crossed the High Atlas mountains to celebrate mass and be with the small Catholic community in Ouarzazate, where several Sisters of the Franciscan Missionaries of Mary cared for the Church.”

They were also involved in prison chaplaincy, helping migrants and assisting Caritas in supporting women living in poverty in Morocco.

In February 2016, he was asked to return to Canada to attend the Provincial Chapter of his Franciscan Province, Christ the King, in western Canada. There, he was elected Minister Provincial of his province for a brief term, until the Canada-wide Holy Spirit province was created in 2018.

This new, hope-filled province is thriving and is adapting to the realities of 2020. Some friars from the former province of eastern Canada now serve in the west, and vice versa. Young friars are taking on more and more management responsibilities. A lot of effort goes into the search for new vocations. The province regularly welcomes friars from around the world who have come to serve the Canadian Church.

Since the Holy Spirit province was created, Friar Mokry has served as vicar provincial, guardian of the Edmonton fraternity, director of the temporary professed and director of the Commissariat of the Holy Land, for which he must travel to Ottawa one week per month.

While he hopes to reduce his duties over time, he is ready to serve where he is needed.

If he hears the call, he will always be ready to move mountains, from the High Atlas or elsewhere, for the world’s Christians. 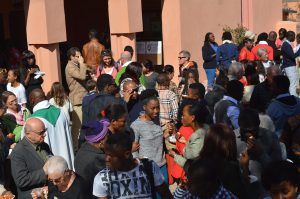